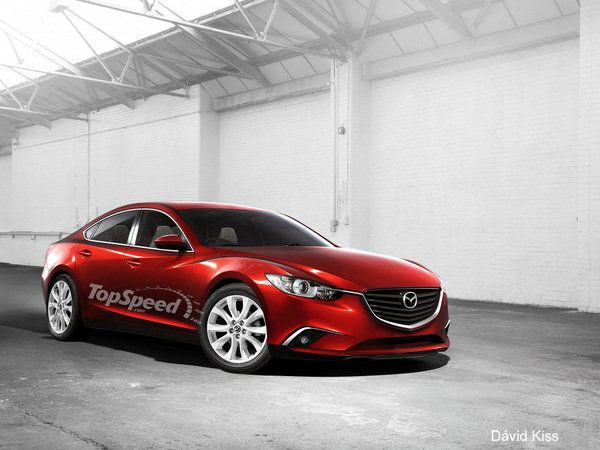 Mazda provided the first glimpse of the next generation Mazda6 with the Shinari Concept unveiled back in 2010. They then followed it up with the Takeri Conceptwas created to showcase Mazda’s new design language. These two concepts together provide a general idea as to what we can expect when the third generation Mazda6 goes on sale in the spring of 2013.

An interesting fact about the upcoming Mazda6 is that the company will not only be offering it in the usual hatchback and sedan versions, but in a four-seat coupe variant as well. This was done in order to follow in BMW’s steps with the 3-Series sedan, station wagon, coupe, and convertible models.

The new Mazda 6 will be built using the company?s new SkyActiv technologies and will be powered by a frugal 2.0-liter petrol engine and 2.2-liter diesel engines. The company’s new regenerative braking system will also be offered.

The coupe version will be revealed about a year after the sedan version, so expect to see it sometime in 2014.